We recently asked our development coaches if there was a learner that really stood out in their minds as exemplary. Paula Miranda, Development Coach at Remit immediately thought of her Customer Service Apprentice Jack.

Jack is one of the first 4 learners to complete his Level 2 Customer Service apprenticeship with Bestway.

Jack had an extremely positive attitude towards his learning and always took on the challenge of completing the most difficult cases for his case studies. He often completed work, and then decided that it ‘just wasn’t good enough’, he would redo it with a real sense of pride and perfection.

As most other learners, Jack sometimes found himself in situations where he was short-staffed, or with unavoidable obstacles, that would present themselves and hinder him from being able to submit work on the days he had committed, he would not use those challenges as excuses, but rather as opportunities to manage his time even more efficiently than he already did.

Jack worked tirelessly and presented his showcase at the end of his apprenticeship with such professionalism that everyone could hear the pride in his voice when he spoke of his learnings and how he applied them to his workplace. 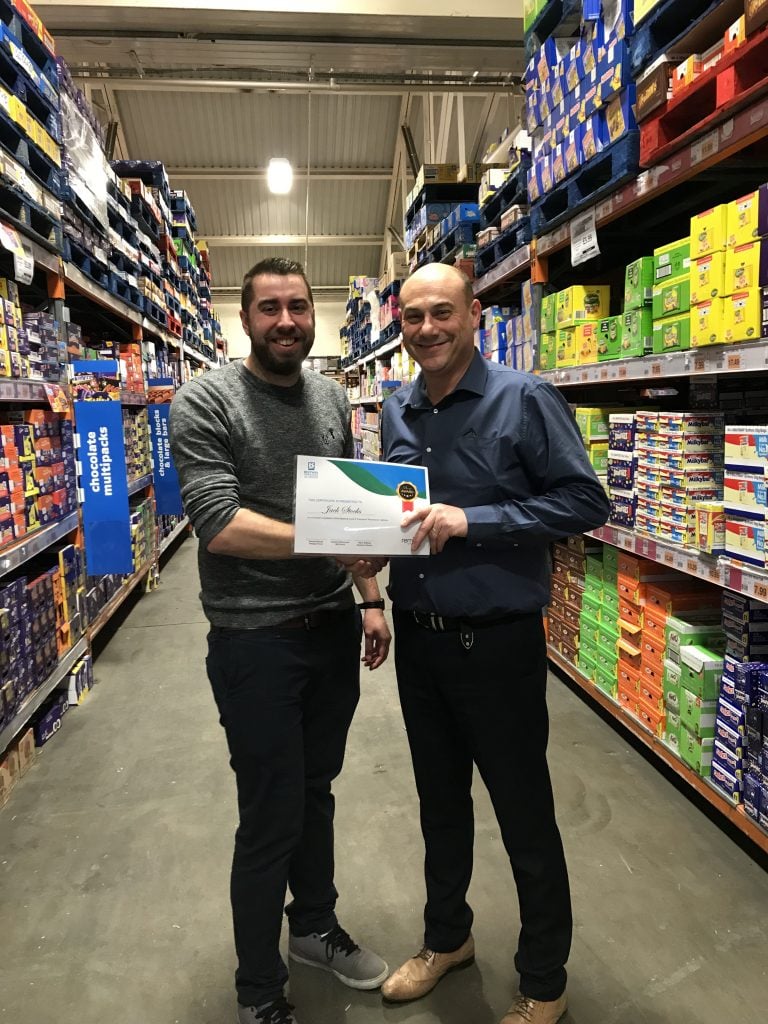 Jack was an exemplary learner that his DC Paula Miranda is very proud of! But what did Jack think of his Remit apprenticeship?

I really enjoyed the course I completed for many reasons. I found it a very good opportunity for me to undertake some learning and gain a qualification whilst still working full time, I really enjoyed working with Paula and found her guidance and support very motivating and vital to me completing my course. Also, most of the course was relevant and relatable to my work so I was able to understand and apply it easily to everyday tasks. I feel the work load set out on the course is achievable and I always knew that if there were any problems at all, with the course, work or even in my personal life, I had a very honest, empathetic and helpful teacher in Paula who was always there for me to support me with any problems I encountered.

I believe this course benefited me in many ways. For instance it taught me and reassured me about correct practice for many sensitive issues at work such as handling disciplinaries, dealing with aggressive customers and health and safety in the work place. The main positive I feel to have come from the course is the confidence it gave me towards work and the belief in myself when carrying out tasks in which I would have second guessed myself at in the past. At work I now believe my level of customer service, my attitude towards work and my attitude towards other members of staff has greatly improved.”

Well done Jack! We’re sure you’ll go on to do amazing things!