5 celebrities that started as apprentices…

If you think that apprenticeships are only for low paid jobs in an industrial environment with little room for progression and you DEFINITELY won’t be as successful as someone who has a degree, think again.

Check out the stories of five top celebrities, from across a range of industries who all started out as apprentices and see what you really could accomplish with an apprenticeship. 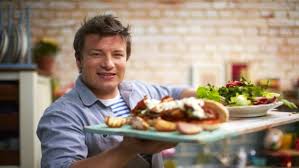 Top celebrity chef Jamie Oliver left school just two GCSEs at the age of 16. His lack of qualifications didn’t hold him back though and he started his foodie career by studying an NVQ in home economics at Westminster College. After completing his NVQ his first placement was at Antonio Carluccio’s restaurant on Neal Street in Covent Garden where he was mentored by Gennaro Contaldo. Behind some of the UK’s most successful cookbooks and television series, Jamie has also made some of the biggest changes to our school dinners as a long-term campaigner for healthy eating. As an advocate for apprenticeships Jamie Oliver’s first restaurant, Fifteen, was a project to bring unemployed young people into the restaurant industry, training more than 500 apprentices across the globe, some of whom have become Michelin Star chefs. 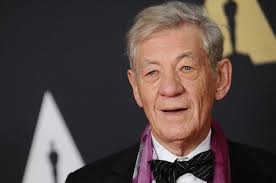 Sir Ian McKellen, one of Britain’s best-known actors, started his career as an apprentice at Belgrade Theatre in Coventry. Instead of going down the traditional route of attending drama school, instead he learned his trade ‘on the job’ during his three-year apprenticeship. During this time, he performed in 15 shows, being paid £8 10s for each and later credits this period in regional theatre for allowing him the freedom to play a diverse range of characters and make valuable mistakes whilst doing so. Since then Sir Ian has played some of the best-known characters such as the wizard Gandalf in Peter Jackson’s adaptation of The Lord of the Rings and supervillain Magneto in the X-Men franchise.

Brawn, credited as the ‘mastermind’ behind Michael Schumacher’s seven consecutive F1 titles and now owner of the title-winning Brawn GP team, started his career as an apprentice mechanical engineer at the Atomic Energy Research Establishment. He has since transferred the skills he learned during his apprenticeship into the world of motorsport to become one of the best-known and successful members of the industry.

Despite being the daughter of Sir Paul McCartney, Stella McCartney had her own aspirations.  After starting designing at just 13 years old she went on to start an apprenticeship with a tailor on Saville Row when she was a fashion student. Her apprenticeship helped her pick up skills of the trade, sketching patterns and taking up trouser hems. Since her apprenticeship days Stella has excelled; she has launched her own fashion house under her name, she has her own perfume and also collaborated with Adidas to design Team GB’s kit for the 2012 Olympics. 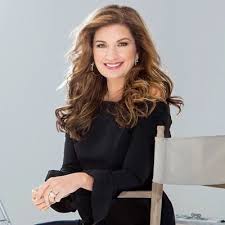 Karren Brady said in a 2018 interview that she made a conscious decision not to go to university as she was keen to get out and make her mark in the world.  Karren left school with 4 A-Levels and started out as an advertising apprentice at Saatchi & Saatchi. A year later she progressed to advertising accounts executive after joining the London Broadcasting Company. She was then offered a job with Sport Newspapers and became a Director at the age of 20. Her career has only gone up from there, amassing a staggering net worth of over £85 million and being known for many things, such as one of Lord Sugar’s trusted assistants, “The First Lady of Football” and a wonderful advocate for women in business.