Twenty-year-old Rowen Small from Cheltenham represented his business and training provider last week, as he competed for the title of Body Repair Apprentice of the Year at the World Skills UK Finals!

Rowen, who completed his Level 3 body repair apprenticeship in July, narrowly missed out on the top spot.

The now-qualified technician is based at Apollo Motor Group in Cheltenham. He was put forward for World Skills UK 2019, by his training provider, Remit Group. 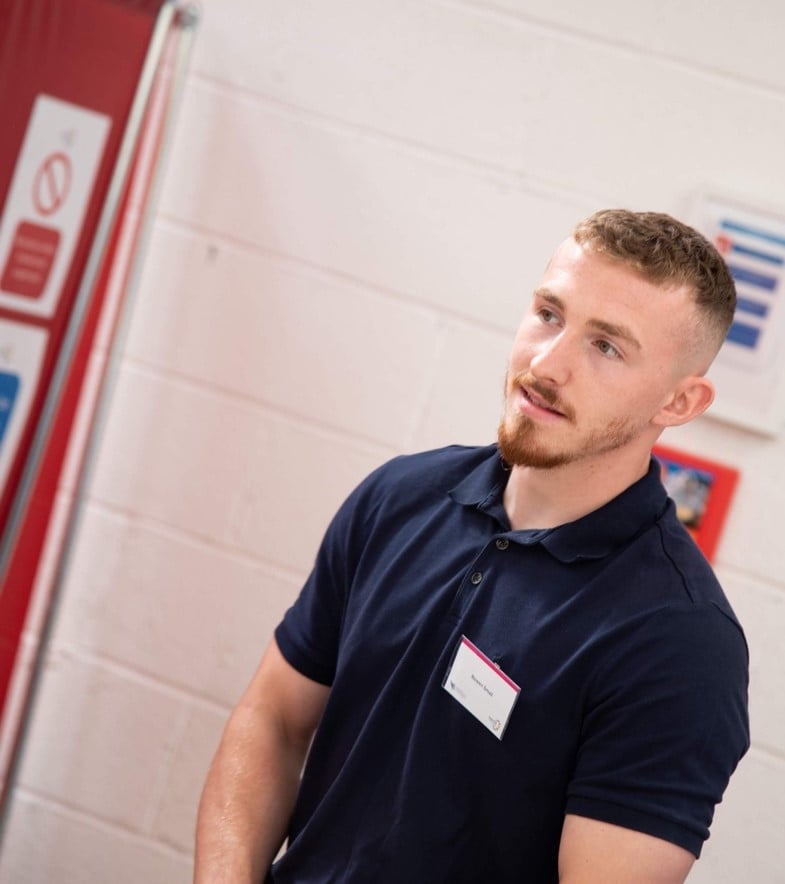 In June this year, he joined 17 fellow apprentices selected for the World Skills qualifying rounds in Yorkshire. With 18 young people in the body repair category, this round was designed to whittle the contestants down to six. Rowen was selected as one of the six successful candidates, making it through to the UK national finals, which took place last week at the NEC in Birmingham.

Candidates competed in their categories across three days from Wednesday 20th to Friday 22nd November, finally culminating in a medal ceremony on Saturday night.

Rowen was challenged with carrying out a range of body repair tasks. All of these tasks are the day-to-day for someone like Rowen, although this time it was done under exam-style conditions, with high levels of attention given to not only the technique, finish and quality of work but also to checking the correct PPE (personal protective equipment) and the right tools are used for the job.

Having had to successfully navigate through selection rounds to become a national finalist, this competition is highly regarded in the industry with the very best in their field competing for the much sought-after top spot.

“World Skills UK has been such a fantastic experience,” said Rowen. “The competition has been nerve-wracking, even though this is what I do every day. I have always been confident in the work I do throughout the competition stages, but I’ve been surrounded by some really talented people, and although I didn’t win this time, the experience has been second to none.”

Rowen started his apprenticeship at 18 after giving A-Levels a go. “I did my A-Levels for a bit, but I didn’t get on with sixth form. I wanted to work in a quality garage, and after six months in another company that I didn’t enjoy, I found Apollo – and I haven’t looked back since. I’ve really enjoyed my apprenticeship and I’m very happy with the opportunities and the great career I now have.” 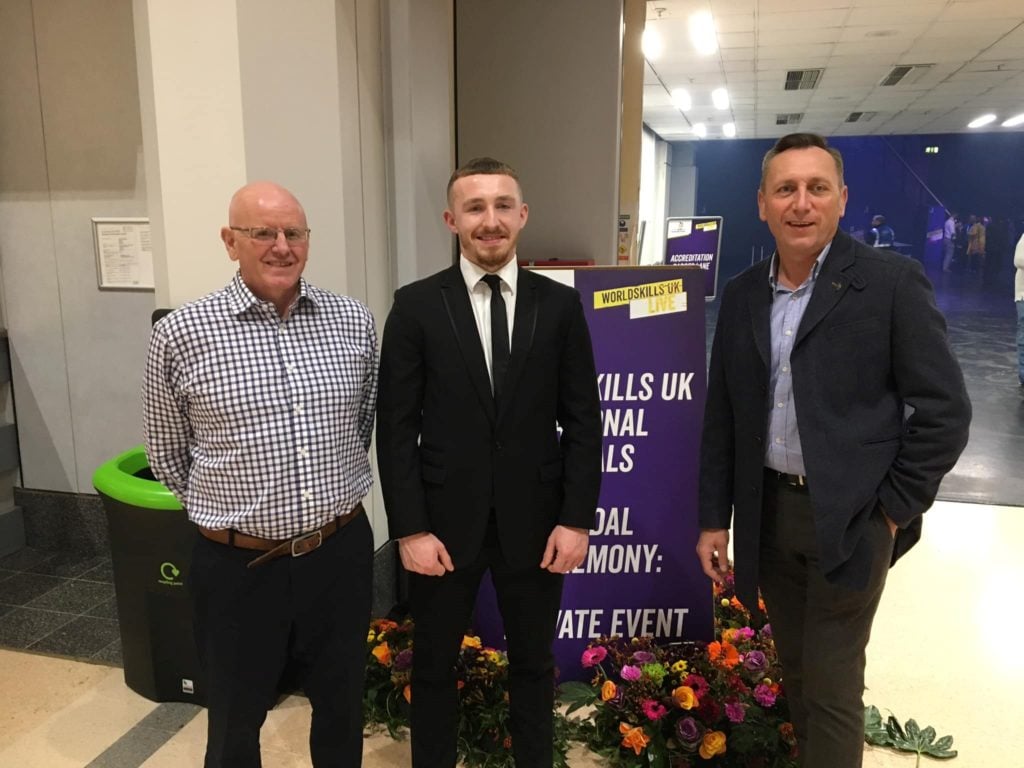 From LtoR: Jim Swann, Rowen Small and Darran Morris, all of Apollo

Rowen’s manager, Darran Morris, joined Rowen and Jim Swann (Apollo Academy Development manager) in Birmingham for the World Skills UK event. He said: “We currently have four apprentices in Cheltenham, and we’re very pleased with them all. Rowen is my first apprentice to go to World Skills and I’m really proud of him. When he first came to us, Rowen had lost a lot of his confidence following a bad experience with another company, which had been upsetting for him.

“We’ve worked with Remit to support Rowen and build his confidence and he’s really flourished. It’s a really big thing for him, doing so well to have made it so far in the World Skills competition. We’re all incredibly proud of him.”

Remit’s Automotive Development Director, Mick Pilling, said: “Rowen is a shining example of what an apprentice should be. He’s enthusiastic about his training and his employment, a committed team member, colleague, and a joy to teach.

“Rowen has embraced the World Skills process with a mature attitude and worked incredibly hard to get as far as he has. Well done Rowen, from all of us at Remit and Apollo Motor Group”